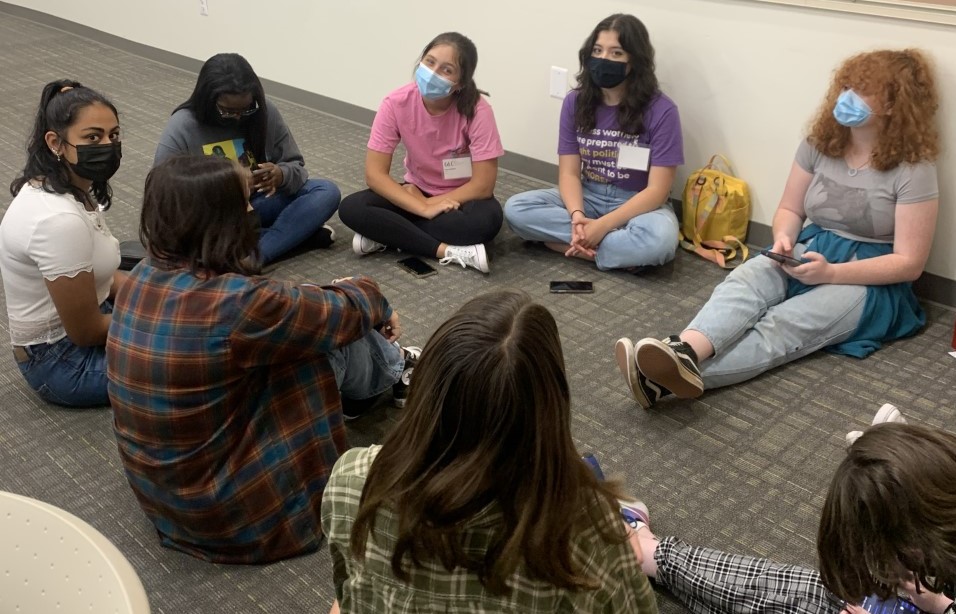 On September 11th, the Girls Leadership Council (GLC) began its new program year with an in-person and virtual retreat at Rowan College at Burlington County! We started with a Bingo game, where everyone went up to each other and marked off a box that described ourselves. The boxes covered topics such as if we had ever been on TV, played multiple sports, or if we were someone who loves to cook. We enjoyed talking to each other in-person for the first time in two years and connecting with other members virtually.

Next, we all played “Would You Rather,” which allowed us to understand what we will learn within the upcoming year, including subjects such as politics and the Suffragist Movement. Continuing our fun and fantastic day, everyone participated in an activity called the Privilege Walk. We all started at the same point, and after 28 questions, many ended either in front or behind of our starting point. We ended up where we were because of privilege. This activity was meant to prepare us for a main discussion we will be talking about within the upcoming year—intersectionality. It is the idea that when you are fighting for rights, or engaging in a feminist activism, that you make sure the needs of every person in this room are met, not just the people who are standing near where you are.

Our last activity was meeting with everyone on our committees to discuss what they want their group to focus on and accomplish throughout the year. We are all very excited to accomplish great things for the 2021-2022 GLC year!

September also kicked off the first regular meetings of the Girls Leadership Council for 2021-2022 year. Joining GLC either in-person or virtually on the new nights—Monday, Tuesday, and Wednesday—we first started by breaking into our committee groups, discussing what everyone’s plans are for the upcoming month. Afterwards, we all came together to discuss the topic of the month: Women Trailblazers. We began by watching an inspirational introduction video about Alice Paul. Looking at her past goals, accomplishments, and dreams, everyone later broke out into groups to talk about and create a biography of a famous woman trailblazer. Closely looking into what causes the trailblazers struggled for, we learned about the effect on their lives and the impact and cost of making your own legacy. After learning and hearing the motivating stories of the different women, we finished off our night by playing a fun game in which we were able to guess the trailblazer based on hints and questions. 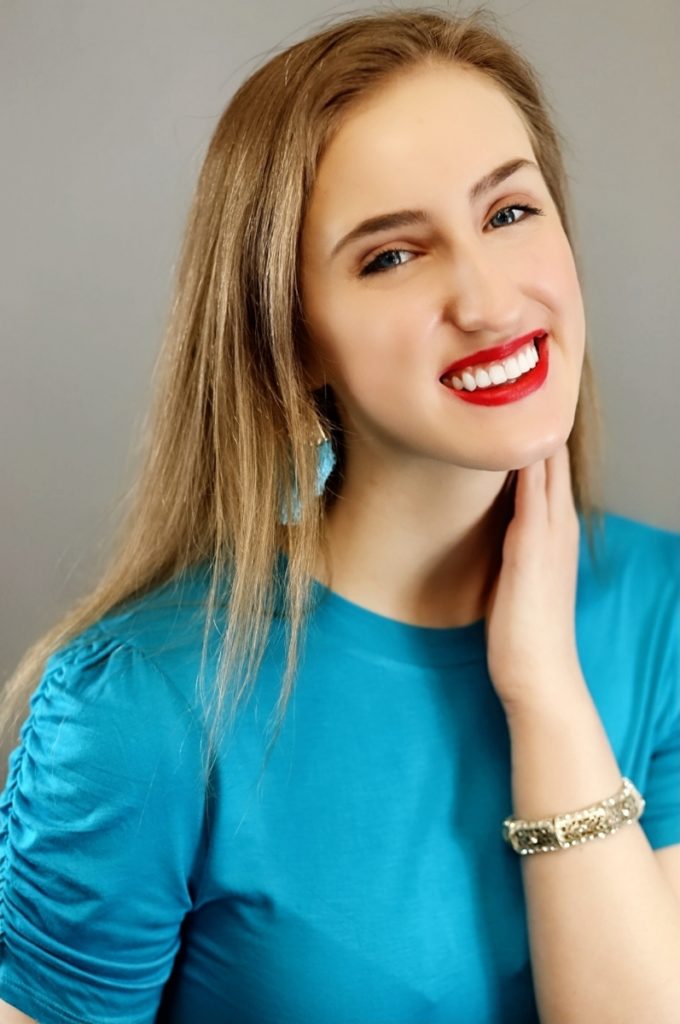 Kayla Mackney is the current Girls Leadership Council Communications Coordinator. She is a 16-year-old junior at Burlington Township High School, where she is a high honor roll student and a member of the concert band and bowling team. Kayla loves to serve her community and is the Co-President of her high school Interact (Rotary) Club, Reporter of the Future Business Leaders of America Club, and an Ambassador for Powerfully Pink–an organization created to educate about breast health, one powerful woman at a time. She believes reading is fundamental and will be working on her Girl Scout Gold Award project, Kayla’s Knook, in the upcoming year to support her platform of Early Literacy. She believes reading is fundamental and wishes to share how she overcame her speech impediment to instill confidence in others by reading out loud.