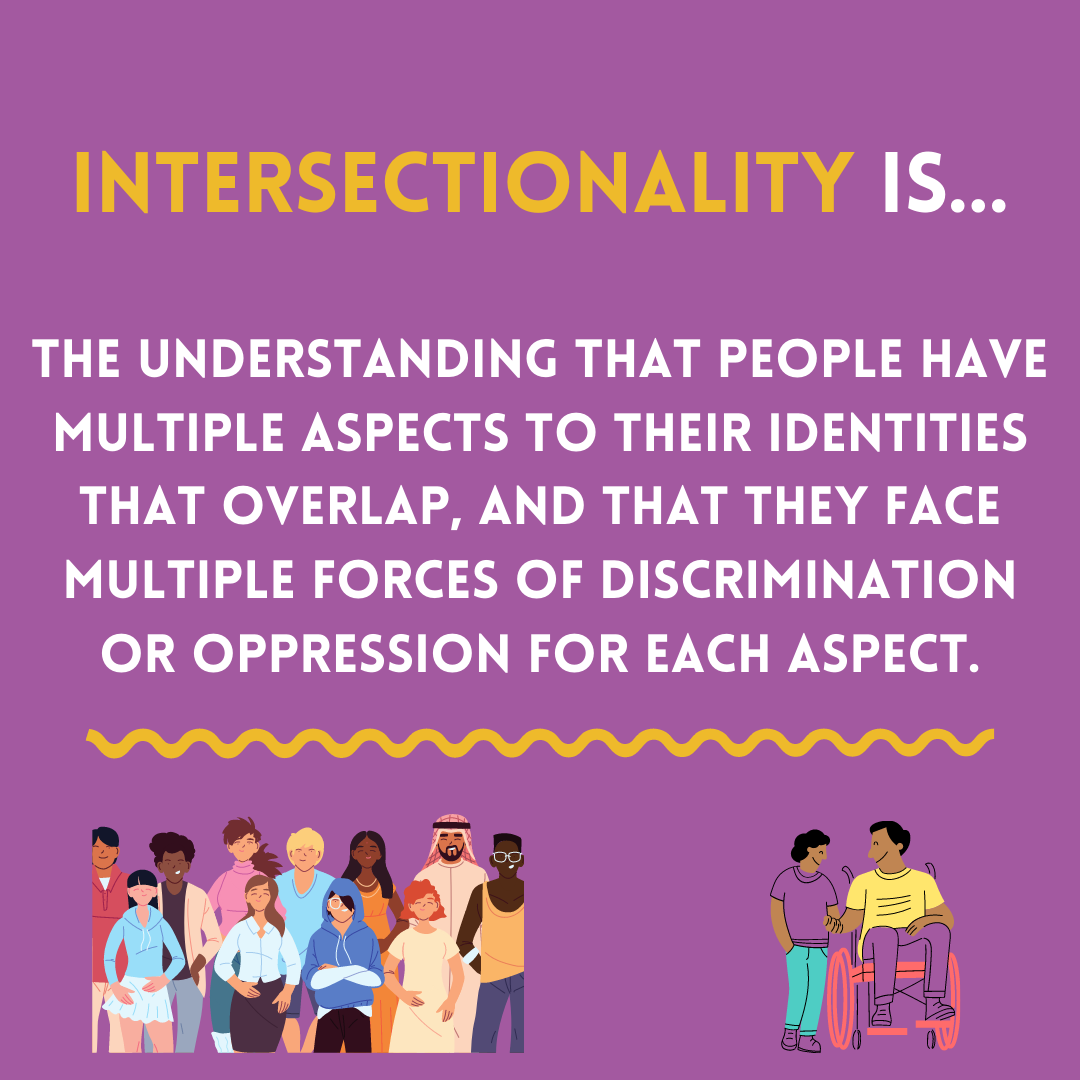 As we get near the end of Black History Month, it is imperative to continue recognizing Black excellency as well as calling out the faults of others and dissecting those conversations. Here at the Alice Paul Institute, we are dedicated to being advocates for gender equality and voter rights, just as Alice Stokes Paul was. While continuing this work, we include and recognize those of intersectional identities. Intersectionality is “the acknowledgement that everyone has their own unique experiences of discrimination and oppression,”[1] Meaning that those of the BIPOC, LGBTQIA+ and other marginalized groups face multiple forces of oppression. Though people have recognized this in lived experience for much longer, the term was coined in 1989 by Professor Kimberlé Crenshaw, the word only came to common usage 76 years after the Women’s Suffrage Parade in Washington D.C. During the organization of the parade. This is the moment that most people point to when speaking about Alice Paul, the suffrage movement, and racism.

Growing up as a Quaker, Alice Paul was taught that everyone, no matter what, is equal. The first time Paul encountered those who did not see the way she did was when she attended the London School of Economics. She watched English suffrage leader Christabel Pankhurst get heckled off a soapbox during her speech on campus and pointed to this moment as a turning point in her work as a suffragist. Paul was taken aback by the mass amounts of people who did not agree with her when it came to gender equality. With being laser-focused on gender equality, Paul did not recognize the all important notion of intersectionality. Because of this, she believed that getting the right to vote for women would raise the status of all women, including Black women. This, we knew then and now, was not true. Black women still face oppression even though we can vote. In addition to not recognizing nor understanding intersectionality, Alice Paul did not work to include Black women in the parade. This does not mean that Black women were not present in the parade. Members of the Delta Sigma Theta sorority from Howard University, Ida B. Wells, Dr. Amanda V. Gray, and Mary Church Terrell were in attendance (not without obstacles).

In a letter to Alice Stone Blackwell, a fellow American suffragist and journalist, Paul said regarding Black people that “the prejudice against them is so strong in this section of the country that I believe a large part, if not a majority, of our white marchers will refuse to participate if negroes in any number formed a part of the parade.”  Though this was “extremely sad…that our women are so prejudiced… [and she] would not consciously do anything which would injure the negro,”[2] Alice Paul followed through with the procession. Her intentions may have been pure, but the effects of her decision would ultimately align with the benevolent racism so widespread then and now.

Prior to the procession, Alice Paul refused to speak with the representatives of the Delta Sigma Theta sorority when they came to offer support and asked to be a part of the parade. Paul exercised her privilege here and said neither yes nor no to the questions presented to her regarding race – she simply ignored them all together. We can say this was a matter of political practicality, and that is true. But it is also important to recognize that there were anti-racist white people alive in her day, anti-racist ways to navigate the issue, and plently of ways to educate herself on this issue just like she did for the issue of gender equality.

Though the Alice Paul Institute is dedicated to continuing Alice’s life’s work and uplifting women and girls of all intersectional identities, we must call out her racist actions in history that affected Black women, even if this was not her intention. Paul herself said that she would never intentionally hurt Black people, but her decisions were a blow to the Black community. API stands in solidarity with the Black community, and we continue to move with purpose. API holds webinars highlighting racial issues and representation such as the recent Trailblazers: African American Women in New Jersey Government, Celebrating Suffrage Without Whitewashing the Movement and On Reparations: Why Economic Justice is Gender Justice. Videos of all these programs are available on our YouTube channel. Please join us as we continue to combat racism and fight for gender equality! Remember that there is always work to be done. Happy Black History Month!

[1] Taylor, Bridie. “Intersectionality 101: What Is It and Why Is It Important?” Womankind Worldwide, 15 Oct. 2020, https://www.womankind.org.uk/intersectionality-101-what-is-it-and-why-is-it-important/#:~:text=Intersectionality%20is%20the%20acknowledgement%20that,orientation%2C%20physical%20ability%2C%20etc.